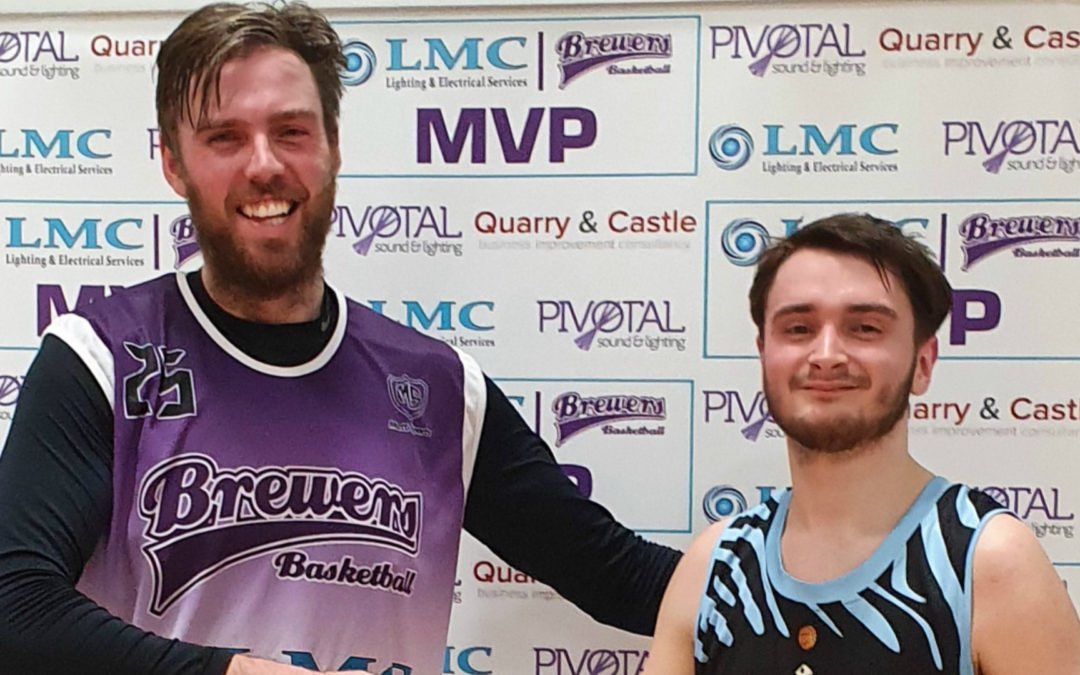 This victory in fact was the club’s first since May 2018 – when they lifted the Welsh National Trophy, the Terry Price Cup.

It has been a long road back since then, with the club undergoing some significant changes and challenges, but last night, at Blacon High School, the planning, preparation and rebuilding work paid off.

A terrific rebounding and play-facilitating display from centre Dan Partington earned him the LMC Lighting & Electrical MVP award, but in truth the evening belonged to Dan Penney.

The forwards has been a fixture with the Brewers through good times and bad, but this season he has bewgun to flourish and against Wrexham Salmons he exploded, putting up a game-leading 15 point and looking unstoppable at times.

His performance reflected the team display however. Major contributions came from Joel Homfray, with 10 points and countless rebounds, Matty Parkes and Adam Lloyd who kept both units composed, even as the Salmons’ launched a late comeback, Josiah Mainwaring and Matty Pyke sharing the point, Terry McGuire making life in the paint very physical for the opposition and rookies Jay Jolley, Maneer Ghani and Nick Whittaker, who all stepped up in a pressure situation.

Head coach Alec Doyle even continued his return to regular action with a contributuion on the scoresheet and afterwards he praised his team and their opponents.

“Firstly I’d like to thank Wrexham Salmons,” he said. “They are a new team, finding their feet but they have some real talent and ability there and they made us play at our best to get a result. I look forward to seeing whether they join the league full-time next season.

“It’s been a hard road for us. Some of us have stuck by the team since the title-winning runs. People have turned their backs on us, people have moved on to other things but those of us with the Brewers in our blood have stayed to rebuild.

“We’ve brought new blood to the game and we’ve worked hard with those guys to make them competitive and to protect and improve our team culture. Today we have a group that will lay it all on the line for each other, who work hard and stay motivated, even when things haven’t gone our way, and over the last two years they really haven’t gone our way!

“We had to dig deep, in part because we were in the unusual position of managing a lead which none of us have done for a while. But they got over the line, they got that win and now I am hopeful we can see the season out, keep this group together and head into next season in a stronger, healthier position on the court.”

Brewers Basketball is only able to survive and grow thanks to our sponsors. Please visit their websites and support them: