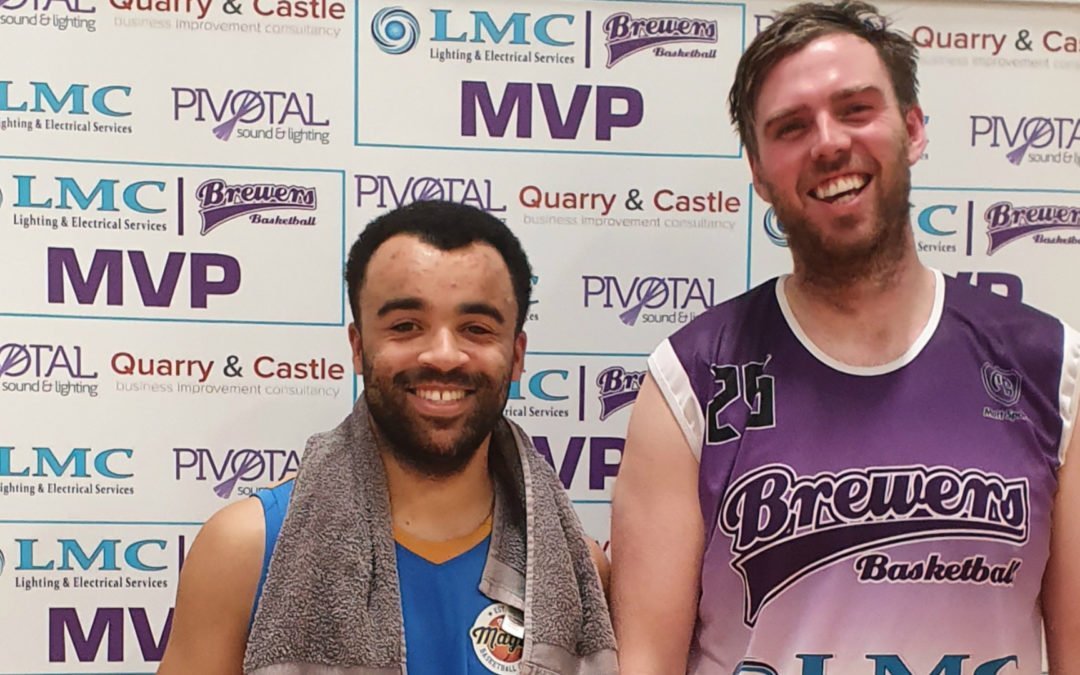 Returning after the Christmas break, Brewers Basketball were hoping to maintain their recent positive momentum despite facing a Mold side with only two losses to their name.

And initially it looked as if the Brewers may give Mold a run for their money, tough defence from the hosts seeing the 1st quarter end with Mold holding a slender 10-9 lead.

But a Brewers team still in the midst of a rebuild season was always at risk against a Mold side which has largely played together consistently for years.

As the home side’s shooting dried up the visitors got going and began to steadily build their lead. With Josiah Mainwaring leading the Brewers scoring with 10 points, closely followed by Joel Homfray with 8, the Brewers simply failed to convert the volume of shots required to stay in the game.

Another gritty display from Dan Partington at centre earned him the LMC Lighting & Electrical MVP Award for the home team, with Ethan Mpuku claiming the award for the visitors.

Despite the result, Brewers Head Coach Alec Doyle stated his desire to continue building up the team.

“It is taking time and in amateur sports players can get frustrated with the process,” he said. “But this is a team game and we are heading in the right direction together.

“We will have nights like this, where we face strong opposition and we suffer a heavy loss, but we learn from it and move forward.

In every game we have played this year we have learned and improved something, only to be faced with a fresh challenge in the next game. But we accept that challenge and we move forward.

“Fortunately our next game is an easy one against Cheshire Raptors! But seriously, I have a fantastic group of guys here and I believe that if we stick together and keep putting in the work, we will get our reward and when we do – watch out.”

Brewers Basketball is only able to survive and grow thanks to our sponsors. Please visit their websites and support them: