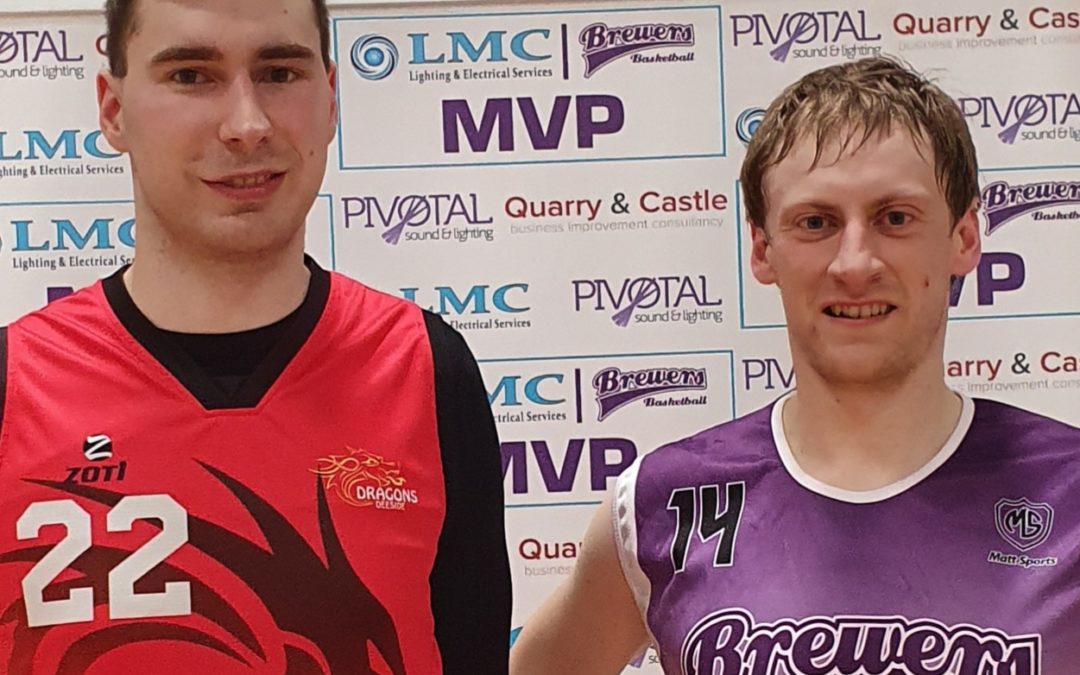 Brewers Basketball’s days in the wilderness may soon be over if they can continue to build on performances like this during the off-season.

Defeat at home to Deeside Dragons in the final North Wales Basketball Association regular season game on paper looked convincing, but unlike the first meeting between the two this season, where the Brewers struggled, this time the hosts held their own and the game remained competitive until the fourth quarter.

Afterwards Head Coach Alec Doyle said the progress his side had made, even with this final defeat, would hopefully stand the Brewers in good stead for net season.

“This is a tough league,” he said. “We knew that when we signed up and these last two years, launching and relaunching rebuilds, has posed some significant challenges.

“But when I see guys like Danny Penney going from the fringes of the squad to stepping up and leading by example, showing real significant progress in his game and confidence. When I see guys who’ve never played, or rarely played, in their lives committing to the team and laying it all in the line in training and games, and the transformation in the way we play I know we need to keep this group together to see what we can achieve.

“We have a strong core. Our new faces have quickly bought into the project and now our task is to continue our momentum through the summer and make sure that, when we start the 2020/21 campaign, we are back in contention for honours.”