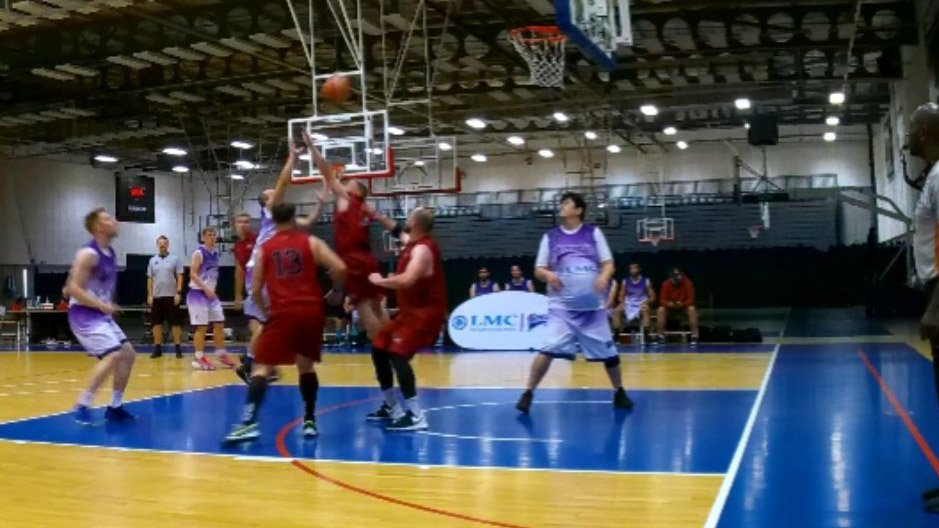 For the first time since March 2020 Brewers Basketball took to the court in the North Wales Basketball Association, narrowly falling 54-46 to senior league newcomers Bromborough Bulldogs at Blacon High School.

After a long preseason post-covid and a tumultuous week leading up to the game, it was a tentative start for both teams with the first quarter ending 15-11 to the visitors.

For the home side Jon Demmer led the way early on, driving the scoring from inside the paint on the way to 13 points as the Brewers hustled hard.

In the second quarter however, the Brewers grip loosened. A long scoring drought allowed the Bulldogs to win the quarter 20-10 and establish a 35-21 half-time lead.

Brewers head coach Alec Doyle had to hit the reset button hard to inspire his troops at the break and senior guard Josiah Mainwaring stepped up, nailing two triples and a handful of deuces as he racked up a game-high 16 points to be named MVP and help the Brewers reduce the deficit to 10 points.

With one quarter to go, the Brewers had a chance to reel the Bulldogs in and they went all-out. But fatigue after missing an entire season affected both sides and the Brewers were ableo to reduce the deficit to eight points. They couldn’t quite restore parity before the end however.

Despite the loss, Coach Doyle was upbeat about the performance.

“We’ve trained hard but as anyone knows, league basketball is very different to scrimmaging or training,” he said. “Getting back out there was really good for us and we were in the game from start to fiinish.

“This preseason has taught us a lot about players, good and bad, and we know now who we can rely on. The group we have here now trust each other and are 100% committed to each other.

“We’ve had an injection of young blood and some new experienced signings that have taken the club on and to open up with such a close game is a really positive sign.”

Doyle also took the opportunity to address the impact of the pandemic.

“This is the first time I’ve really had a platform to address thre pandemic,” he said. “Firstly everyone at Brewers Basketball would like to thank Basketball Wales and the North Wales Basketball Association, whose volunteers have worked tirelessly in ways they never predicted to keep basketball alive.

“I’d also like to place on record the club’s thanks to all the keyworkers, some of whom play, coach or officiate in the North Wales League, who have worked so hard during the Covid pandemic.

“Finally I would like to thanks our players, who have worked hard since retuyrning and tolerated all sorts of imperfect situations in order to reconnect as a team and put a solid basketball performance on the floor. And to our sponsors, LMC, Pivotal and Quarry & Castle, thank you for sticking with us to ensure we had a club to restart after the ‘lost’ season.”