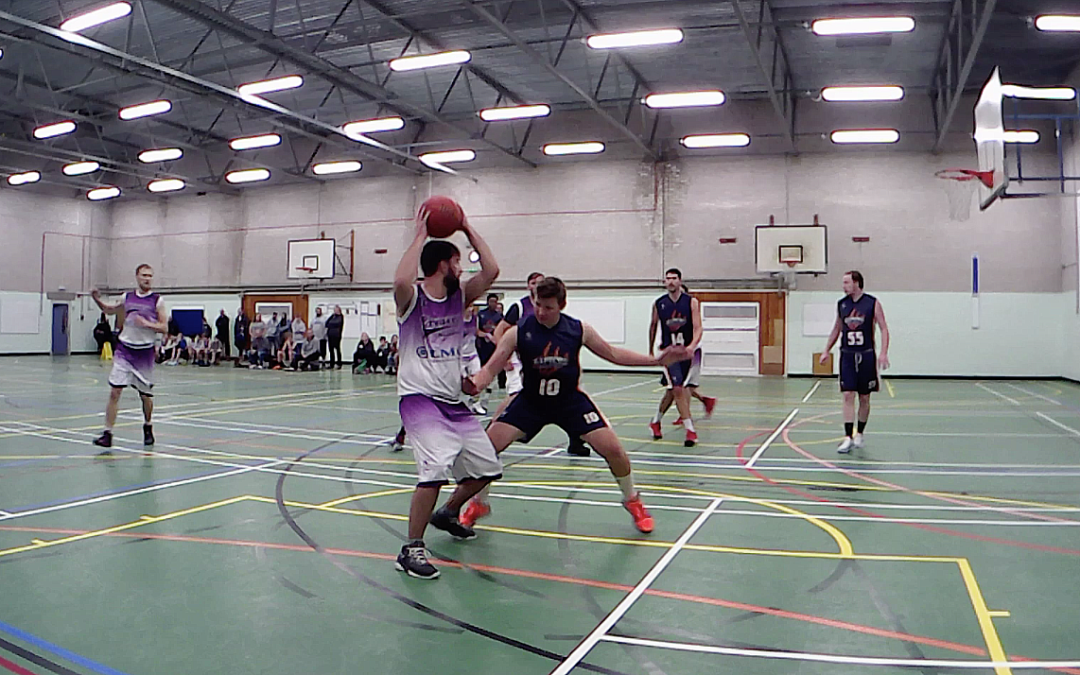 The Brewers made a short trip to Ellesmere Port Catholic High to face the early leaders in the North Wales Basketball Association – Cheshire Raptors.

The Raptors were a familiar foe, made up almost entirely of former Brewers players and led by title-winning ex-Brewers coach Tom Griffiths.

In their first few games in the league they have blown out their opponents and the Brewers approached the game with realistic expectations, especially as leading scorer Mal Stocker-Jones was sidelined.

However, the visitors had their moments, frustrating the Raptors early on with tough defence and rebounding from twin towers Dan Partington and Joel Homfray.

Homfray was inspired in the paint, scoring 11 points to earn the LMC Lighting & Electrical Services MVP Award but the entire team could have been given the award for their effort and application.

Lightning guard Aaron De Guzman hit 10 points, Terry McGuire made a solid 8 in the post due to canny positional play and Matt Parkes and Seb Kuczinsky both hit 7, ably assisted by great guard play from Josiah Mainwaring and Tomasz Wazik.

At the other end Brewers veteran Al Challinor and debutant Sean Roberts worked hard to make the Raptors earn every single point.

“We are realists here,” he said. “We knew the challenge we faced but I cannot praise the team enough for their attitude and effort. I’m incredibly proud of what I saw out there.

“The plays we have worked on, they put on the floor incredibly well under intense pressure. When we decided to draw up some plays they had never even seen on the fly they adapted and made those work too.

“At the end of the day it was a tough game, but we have learned a hell of a lot about our ceiling and our true potential and that’s exciting.”